HOME >> About Us >> Board of Directors < RETURN 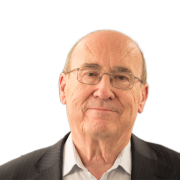 Colin is listed by the Financial Times as one of the eight key people to know in the Telecommunications sector. He holds B.Sc in Electrical Engineering, an MSc in Communications Engineering and a Ph.D on the topic of ‘The Interaction of Humans with Computers’. He also served as an Industrial Professor at Loughborough University, from 1987 to 1990.

Colin has an engineering background and over thirty years’ experience in the telecommunications and electronics industry. As General Manager of GPT, he developed a new business to exploit CT2 radio technology which in 3 years achieved profitable sales in Europe and Hong Kong. He has an exemplary track record of achievement, corporate leadership, and guidance in the Communication Industry including leading 3 UK in the development and deployment of the first 3G mobile network in the UK 2003.

Colin served as CTO and COO at Orange for International Operations overseeing Orange investments in Europe at Orange Plc. He was also the founding CEO of 3, the first 3G mobile operators in the UK. Deputy Chairman of the Hutchison 3G companies in Europe. During the last 10 years he has taken a number of Non-Executive and Chairman in technology and communication related businesses, opening doors in to companies and advising management teams and running the Board. In addition to this he has provided angel funding and mentoring in start-up companies in areas ranging from the support of vulnerable people, to local search software, gluten free bakery and specialist bicycle production. 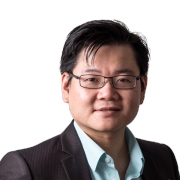 With 14 years’ experience in mobile antenna design, Sampson is the core inventor of more than 80 NVC patents and has been working on the core technology since 2009. As a Founder of Novocomms Limited (‘NVC’), he is responsible for the global expansion of NVC, its global antenna design and manufacturing operation. Sampson also serves the functions as ‘Chief Technology Officer’ or ‘VP of Engineering’ and takes full responsibility of successful execution of the company’s business mission through development and the deployment of the company’s technology. He directly helps the technology innovation across the company, leads technology implementation as well as guides the engineers. In the longer term, he also plans for risk and the required growth of the global R & D team.

Sampson was Founder/CEO/CTO of Smart Antenna Technologies Limited (‘SAT’) between 2012 and 2019. He had successfully set up the global organization and delivered a number of commercial projects from concept level to mass production. Sampson also set up the supply chain for SAT globally with more than 30 manufacturing partners and set up the subsidiaries in Hong Kong/China/Taiwan. He had produced over 50 patents, won numerous business awards and prizes. He has raised over £6m from venture capital and other financial investors to fund the research and commercialisation of the products. In addition, £750k of various grant have been won from both UK and European awarding bodies in open competitions.

Sampson was selected from over 1000 entrepreneurs for the exclusive top 50 list by SETsquared, a leading university technology incubator in 2017. 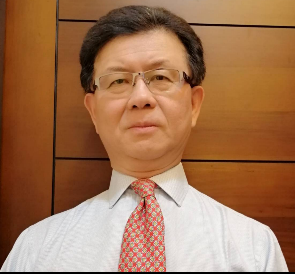 Cooper is an investor and entrepreneur with substantial board level experience for a number of high growth companies.

He used to serve as the Asian Marketing Consultant for Walmart and Home Depot. He was CEO of All Strong Inc., which is listed in Taiwan. Cooper is a founder of MaidMAX Inc. and directly supplies to Amazon and becomes the top 10 Global Suppliers. Cooper also founded Officer & Gentleman Inc. which becomes the key supplier for Federated Group. Copper is also the founder of Smith Bernie International Inc., which is the key outdoor furniture to W Hotel and other well-known customer.

For any questions, please contact our Sales and Marketing team.

©2020 Novocomms Ltd. and/or its affiliated companies.
References to 'NVC' may mean Novocomms Ltd, or subsidiaries or business units within the Novocomms corporate structure, as applicable. All rights reserved.